Dallas Wells and Jim Young explore those questions in this week's episode of the Purposeful Banker.

Why Benchmarking Is a Bad Idea

Jim Young: Hi and welcome to The Purposeful Banker, the podcast brought to you by PrecisionLender, where we discuss the big topics on the minds of today's best bankers. I'm your host, Jim Young, director of communications at PrecisionLender, and I'm joined again today by Dallas Wells, our EVP for international operations. Today we're going to talk about what you measure at your bank, what you choose to ignore, and why sometimes the latter may be just as important as the former.
We're basing a lot of our discussion on the article, Immeasurably Important by Morgan Housel, partner at the investment firm, the Collaborative Fund. We'll include that piece in our show links. Let's start off with the opening anecdote from the piece. It's about Robert McNamara, formerly the Ford whiz kid who then became, I want to say, Secretary of Defense, I think, and how he measured US success in the Vietnam War. Give us kind of quickly, what's the quick moral of that story?
Dallas Wells: Yeah, so McNamara had great success at Ford, and went to the job at Secretary of Defense and sort of tried to apply the same principles, which was basically measure everything, and use that data to guide your decision-making and to find efficiencies and to really measure your success. He applied those principles to the Vietnam War, and he was measuring things like number of weapons captured, number of enemy soldiers captured, number of soldier deaths, and comparing those in the Viet Cong versus for the United States. By all of those metrics, there was no way to argue that we weren't winning the war and winning by orders of magnitude.
The anecdotal number they use is 10-to-one. There would be 10 North Vietnamese soldiers killed for every one American soldier. McNamara just could not figure out why the war was being experienced so negatively, portrayed so negatively, here in the US. The point that was made to him was Americans don't care about the 10. They care about the one. Some things are just immeasurably important was the title of the article and kind of the anecdote of that story, that some things are way more important than others, and they will tell the entire story, no matter what the rest of your data might say. It's really important to get those right. 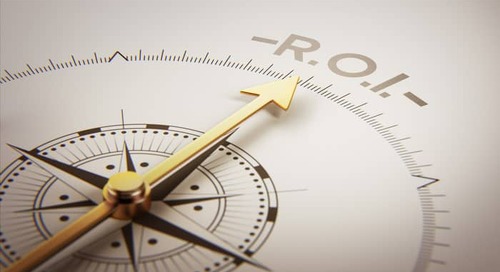 Will a Bank's AI Produce an ROI? 6 Questions to Ask

Lots of banks are talking about their innovation and artificial intelligence initiatives, but will those pr...