Given the recent economic uncertainty, we’ve been getting quite a few questions from our clients, asking us what we’re seeing in commercial loan pricing activity when we examine our the PrecisionLender data set.

Each week we’re posting updates based on our observations. We’re looking at several popular  metrics, and pointing out areas in which there have been noteworthy changes. Today’s update is through the end of last week – March 27. If you’d like to see our previous weekly pricing market update, you can find it here.

NOTE: PrecisionLender’s data reflects actual commercial relationships (loans, deposits and other fee-based business) from more than 150 banks in the United States, ranging in size from small community banks to top 10 U.S. institutions. In addition to their variance in size, these banks are also geographically diverse, with borrowers in all 50 states.

After a Spike Earlier in March, Volume Is Decreasing

Week 12’s volume was approximately 23% less than the previous week, which had, in turn, dropped about 15% from the Week 10 peak. Still, the Week 12 volume – and the average volume for March – remains well above the run rate for the first eight weeks of 2020.

We’re now hearing from clients that this is not just the low rate related volume they were seeing early in March. Much of the volume now is from borrowers seeking emergency cash to stay afloat, and banks are already being overwhelmed with inquiries about the funds available as a part of the federal relief bill signed on Friday. 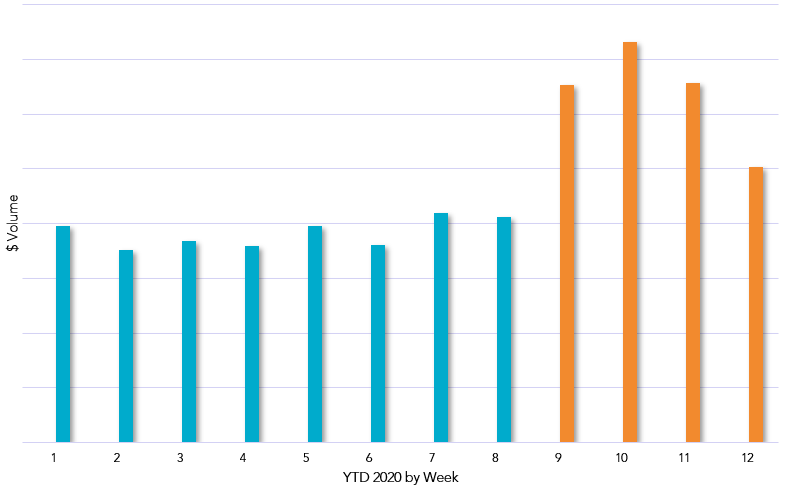 The biggest shift among rate-type preferences in March continues to be movement away from 1-month LIBOR-based floating loans. On a percentage of total volume basis, 1-month LIBOR-based floating loans are down 32% from January to March. (28% down to 19%). Borrowers are showing a strong preference for fixed rate structures, with fixed rate and swaps (effectively fixed for the borrower) now making up 56% of the total dollar volume. 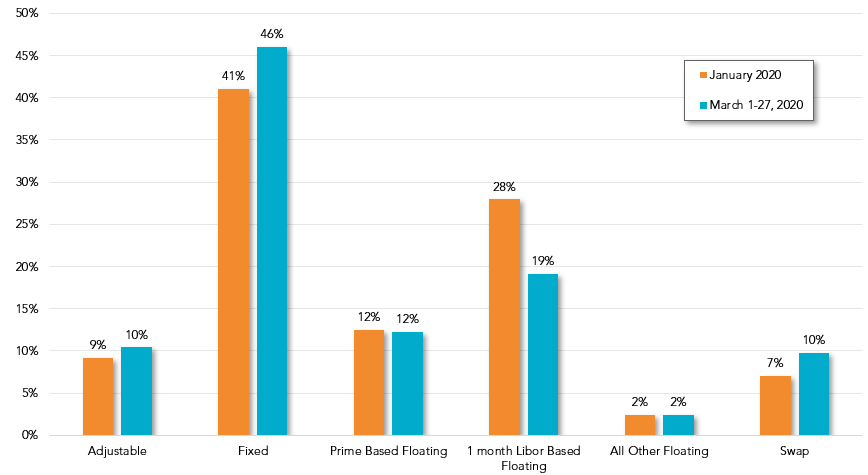 The significant increase in yield (22 bps week-over-week) is likely a function of higher long-term rates, both in absolute terms and since duration is drifting longer (see below). The FHLB rates steadily increased all last week, bumping up 40 bps on Friday. Those rate increases also led to an increase in marginal COF for most community and regional banks (16 bps week-over-week), but NIM for the week was still up 5 bps, bouncing back after a 21 bps drop the week before.

Overall though, fixed-rate NIM for March is essentially unchanged from January levels.

While yields on floating rate deals also increased, they could not offset the corresponding jump in funding costs, resulting in lower NIM for the third straight period in March (down 30 bps from March 1-13 to March 23-27). However, the NIM spike early in March means that overall March NIM is essentially unchanged from January.

We have not yet seen broad-based changes in credit spreads, as banks are still scrambling to ascertain the true risk of this unprecedented situation.

Note: We measure NIM with an assumed marginal funding cost, not the bank’s actual average cost of funds.

Spreads on 1-Month LIBOR deals increased slightly last week (2.38%), but are still within the same range of the year-long average (2.34%). 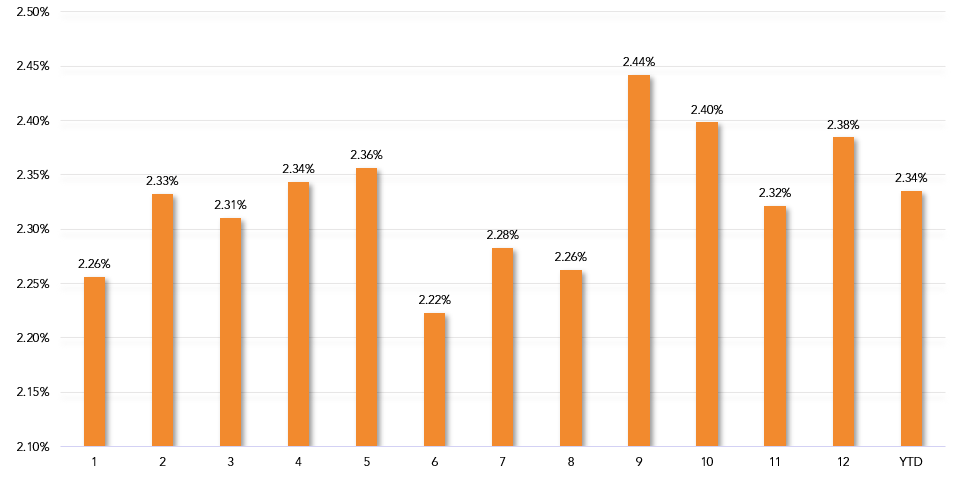 Meanwhile though, Prime spread spreads spiked last week, jumping up to 44 bps, well above the year-long average of 27 bps. This may simply be a delayed reaction to the mid-March rate cuts, but we’ll continue to monitor this to see if it’s a trend. It's also possible that we are seeing banks keep pricing steady for larger, stronger borrowers (which tend to favor LIBOR), but increasing spreads on smaller, weaker credits (which are more likely to be priced off Prime).

While the overall March numbers for fixed-rate amortizations remain considerably longer than January (246 months vs. 232), last week continued a four-week trend toward shorter amortizations. The March 23-27 numbers (238 months) were much closer to January levels and 16 months shorter than amortization numbers from March 2-6 (254 months).

To keep you up to date on what's happening in the commercial lending market, we review PrecisionLender's da...

In this episode, we discuss the cratering middle market lending numbers and why banks need to be ready to participating in the Main Street Lending  program.

In this episode, we discuss the Main Street lending program: potential use cases for the program, the controversy around SOFR, and how banks are trying to navigate all the complexity. 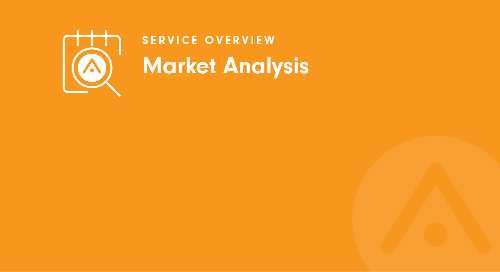 Compare your bank to the competition, ID vulnerabilities & opportunities in your commercial portfolio, and deliver this info to your bankers at the right time with PrecisionLender's Market Analysis.

Jim and Dallas discuss recent commercial line of credit utilization numbers. What's happening with them, and what do they tell us about how companies are faring right now?