Every so often, when my parents disagree on something, my Mom will remind my Dad of the time he tried to paint the house on his own.

Dad was convinced he could pull it off without any outside assistance, using just a hand-held paint sprayer and a ladder. But soon the enormity of the task became clear. And the sprayer began to leak all over his hands. Dad was forced to admit defeat and to do what Mom had been telling him all along – hire a painting crew to come in and do the job.

In my father’s defense, it was a perfectly natural human reaction - why should he pay for a service when he could just do it himself? And it’s one we often see with banks when they’re trying to decide whether to buy technology from an outside vendor, or build the solution themselves. After all, no one knows their bank better than their own people. Why not take that knowledge and use it to build a product that meets their bank’s specific needs?

If only it were that easy … but it’s not. There are all sorts of problems and difficulties that can leave your bank with the technological equivalent of paint all over its hands and a half-finished house.

There are also many reasons why you should stop the wishful thinking and instead start looking at a real solution: buying best-in-class bank technology from proven vendors. We’ve focused on seven reasons. In part one we’ll focus on numbers 1-3. Next week we’ll come back with the final four.

Imagine if a customer told you they would handle structuring a complicated commercial real estate loan themselves. You’d scoff at the notion. After all, you do CREs every day. You’ve amassed a level of invaluable knowledge and experience in the area and it would be foolish for the customer to ignore that.

The same goes for building, maintaining, and updating the technology systems that will help you identify new customers, work with them to structure deals, and then get those deals on the books quickly. In each instance, there are vendors that dedicate themselves to these specific tasks, 24/7. The issues you think make your bank a unique situation? Chances are they’ve already dealt with them at several other banks. Tapping into that vast reservoir of knowledge just makes sense.

Ever had that one home appliance that kept breaking down? Remember how you found various workarounds to keep it functioning at about half capacity until finally you threw up your hands and just bought a new one? It’s a similar existence when you build your own technology solution. If something goes wrong, you’ll (hopefully) have just enough time to get it back to minimal functionality. Trying to find a long-term fix to the problem? That requires a level of time and resources few bank IT departments have.

Instead, what if every time one of your tools or appliances had issues, the manufacturer automatically fixed it? And what if every time you or any of the other owners of that product had an issue, the update was given to all of you simultaneously – so that the vast majority of the time you were getting fixes for problems you hadn’t even had yet? Actually, it’s not a “What if?” There are plenty of technology vendors out there who are committed to delivering that level of support for their solutions.

That Excel-based spreadsheet was a beauty when you built it. And you came up with some ingenious ways to connect additional data inputs to it. That model helped your bank grow, which was great!

Except that also made things more complicated. You built more add-ons to the original model … and a few more. You added calls for data from more and more sources. Then bankers start saving their own versions of the spreadsheet to their desktops. And eventually your model became an unwieldy monstrosity that’s more like a Jenga tower: Break something in one cell and suddenly the whole system comes tumbling down.

We use a pricing tool to make our point, but the same sort of scenario plays out time and again with other home-grown tech systems at banks. The problem is that the original system was built with the present problem in mind – but that “present” is now well in the past. When times changed, and your bank’s needs changed with it, your in-house system couldn’t keep up.

Meanwhile, scalability is a central part of the mission of the best vendors. Whether they’re using a subscription system (that typically comes up for renewal every year), or they’re regularly putting out different versions of their product (think Microsoft with Windows), top vendors know at some point in the near future, you’re going to look at their product and ask, “Is this meeting my needs?” The only way to ensure that is to make certain it’s capable of handling more and more complex tasks.

It’s a lot to take in, we know. That’s why we’ve split this post into two parts. But if you're ready to take the leap into the last four reasons, check out this post. 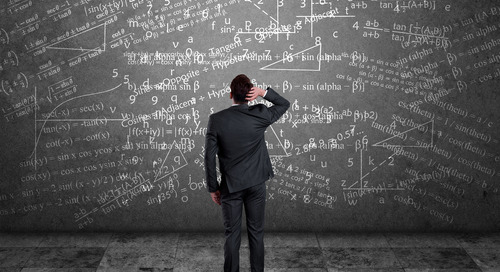 Struggling with whether to build or buy your bank's technology? Here are the 4 final reasons why buying is ... 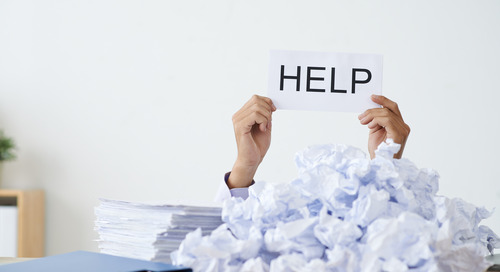 Here are three mistakes to avoid when buying bank technology from Bryan Lee of Salesforce and Pam Hannett o...